This was an app I had wanted for years: a personal wiki with a pleasant writing experience (Markdown like in Bear, draggable blocks like in Notion) that would have both text-based pages and concept maps (like in Scapple, where I do most of my planning). Hence, the "space" part: the goal was to escape the constraints of one-dimensional documents and to create a paper-like environment. In your Octospace wiki, some pages could be regular text, some could be concept maps — it would totally depend on how you'd like to structure the information on different topics.

Sounds a bit complex, but it looked like all the desired features could be achievable for an indie developer. I had enough resources to work on a prototype for more than half a year, and I had plenty of motivation after seeing over 1,200 persons subscribing to the landing page that only had a short pitch and no screenshots.

Alas, after a few months, I had to stop working on the app after stumbling into some major issues, only part of them being technical — the others were psychological and existential. While I could have just silently removed the app's mentions from the internet and replied privately to the possible inquiries of those who kept it in mind, I decided to take the risk of sounding somewhat crazy and share the whole story in hopes that it can be helpful to someone else.

When I talked about making a cross-platform app with native UIs, many people were skeptical. In fact, while it slowed me down initially, it was one of my favorite parts, and I think I nailed the cross-platform architecture, neatly separating user interface models from their visual representations for different operating systems. The hard parts, like the custom text editing for Markdown, were more tedious than complex, and I'd surely have finished them if I continued the development.

The real stumbling block was the creeping realization that the world has changed too much to release an app that stores one's data locally in plain text files. While folder synchronization could work on desktops via cloud services, it is still prohibitively hard to implement for iOS and iPadOS. In addition to purely technical difficulties, more and more users nowadays do not understand file systems and some even expect everything to be synchronized automatically. Occasionally, I get support emails asking about an "account" for Qbserve, despite it being explicitly sold as an old-school app that stores all your data locally.

So Octospace ended up in an uncanny valley: a simple, user-friendly UI mixed with unfriendly assumptions about how the app manages its data. Sure, there may be some market for an app like that, but I believe that most pro users would prefer products like Obsidian that allow flexible configuration and extensions. Probably, I could have hired someone later to help me build a backend for data synchronization, offering it as a separate subscription service. But there was another realization creeping in…

Having very little customer support for Qbserve and ConjuGato is what allowed me to start a complex new project. Being single-purpose products with almost all requested features already implemented, they "just work" for most users, and I only need to allocate the time for some small updates. Octospace is different: it's an app that has many distinct parts (search, navigation, two kinds of documents, sync, etc.) and can serve different roles for different people, so the variety of possible questions and feature requests would be huge. Aside from creating a knowledge database, I was thinking about running a forum and a Discord server to alleviate the support load, but even then, somebody has to spend time moderating them.

So, while it's hard enough to develop, supporting it after the release would be simply overwhelming for one person. At the same time, the development won't stop there, and I will also have my older apps to take care of. Additionally, switching between coding and communicating is quite taxing for me psychologically. Perhaps you can already see why I slowly started dreading the release.

Again, I could have probably found a more extroverted cofounder to help me with external communications, but at the end of 2021, the course of my life radically changed.

One of the ideas behind Octospace was to create a piece of software that can serve you for life and will not be dependent on a server or some proprietary file format. I was even thinking about open-sourcing it after a few years of recovering the development costs so everyone could be sure they would have access to their knowledge base even half a century later. But turns out, there's a high chance that most people reading these words may not have stable electricity in a few decades.

The current ecological situation reminds me of early 2020, when the virus was already ravaging Italy, but other countries mostly shrugged it off and continued business as usual until it was too late. Overall, human cognition is horrible for dealing with distant problems that require sacrifices now to avoid uncertain losses far in the future, so for a long time I was dismissing the climate threats myself, thinking, "Sure, the headlines are scary, but our civilization will find a way!" That was until I stumbled upon the latest IPCC report, started digging into the topic, and, for the first time in my life, realized the true scale of the problem we are facing.

To put it shortly: even if we replaced every single energy source with some emission-free magic today, future catastrophic climate events are already locked in for the next 20–30 years because of the lagging effects of the current CO2 levels. But there's no magic available, and the failure of the COP26 demonstrated that we won't see any significant improvements as long as the global economy is still based on infinite growth and overconsumption. And it's not just the climate — all the ecosystems that support our existence are rapidly degrading. At the very least, there's topsoil loss, acidification of the oceans, collapse of fish stocks, and the ongoing sixth mass extinction. You know it's bad when serious sources start bluntly publishing articles like the "Humans are doomed to go extinct" piece by Scientific American.

So, according to the IPCC report, it is guaranteed +1.5C by 2040 under the very low (read "politically impossible") emissions scenario, while the very high emissions scenario means +1.9C by the same year. But keep in mind that the IPCC's estimates are quite conservative and do not include feedback loops like the potential Blue Ocean Event, when the Arctic will become ice-free during the next decade. In other words, we have 10–12 years at best to prepare for the impact, and the preparation will become harder and harder as time goes on.

It will not happen as a quick collapse into a Mad Max scenario, but rather as an endlessly worsening crisis caused by the deteriorating biosphere and extreme climate events. Intensifying food, water, and energy shortages will increase poverty, crime, and the risk of armed conflicts. The richer countries will avoid the worst for a while, but they will also see the rapid rise of fascism as a reaction to millions of climate refugees fleeing from the devastated regions (it is already happening, and many governments are already getting ready for more of it). These events are not unprecedented, and there have been many collapses in the history of humanity, but it will be the first time with no safe havens to escape to.

This all may read extremely depressing and hopeless, but personally, I'm already past the grieving phase. If it is where we are heading, I will try my best to minimize the hardships and suffering for myself and those around me. My goal for the next few years is to become more self-sufficient: to build a passively-heated house that can stay off-grid when needed, to learn permaculture to grow a bit of my own food in a sustainable way, and to acquire more practical skills (like first aid). I've also got involved with the rural community from the area where I will live in a few years, and I'm putting my tech skills to use by helping to organize cooperation and emergency response between the neighbors who live far away from each other.

Aside from this, I would like to spend more time and energy on my Buddhist practice, which has become my main source of happiness in the last years. It is important to train my mind now, so that during the hard times I will still have an inner sense of well-being to depend on — something that won't be affected by changes in the world and my quality of life.

So, my overall plan is to become more resilient both on the outside and on the inside while I still have the opportunity. If all the doomsayers, including climate scientists, are somehow wrong, I'm not losing much: I will learn how to live sustainably, connect with local communities, and meditate more. But if they are right, you'd better start preparing materially and mentally too, especially if you currently live in one of those cities that heavily rely on constant energy supply to stay livable.

In all these circumstances, I see no way to continue working on my dream project. Honestly, it would not be possible even if Octospace were less time-consuming than it turned out to be. I will still maintain my existing products, but I doubt that I'll make anything larger than some small utility apps. Sorry for not delivering the promised thing and abandoning it because "the world as we know it is ending," but it feels like the right thing to do if I want to help others and to not have regrets later.

I wish you, your loved ones, and all living beings out there all the best. May we all be happy despite the hardships that await us in the future.

Apps I recommend instead 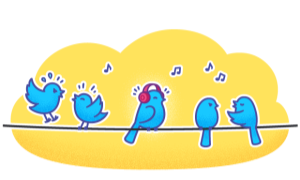 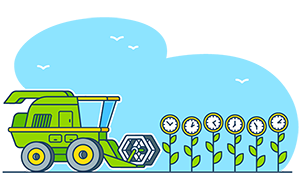